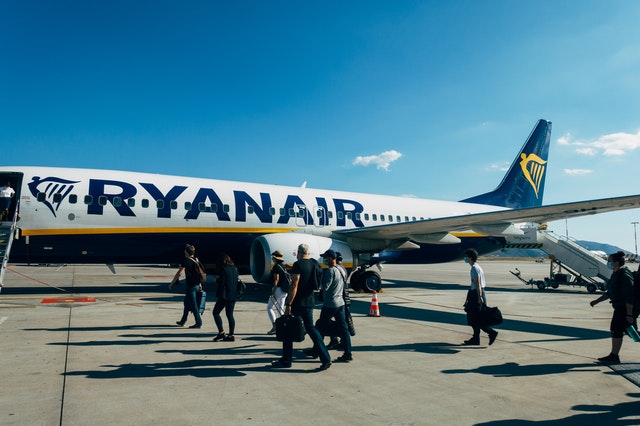 There are many great places to visit in Europe. Sometimes, you’d have to take flights over very long distances. What if you’re on a strict budget during such times? This guide will show tourists the best budget airlines to put on their checklist. Read further.

Firstly, you need to understand what LCCs (low-cost carriers) are. LCCs offer very affordable prices to their customers. If you’re wondering how they’re able to do so, well it’s simple: They lower their operating costs and implement other reasonable strategies. However, you have to be cautious when booking flights because they charge for some services that other airlines wouldn’t normally ask you to pay for.

EasyJet is a very popular name on the lips of tourists when it comes to LCCs. You’ll find this airline’s branches in any part of Europe. The size of the city or the rate of demand doesn’t matter. Their headquarters is in the United Kingdom.

This is a rival of EasyJet in terms of popularity and demand among tourists. Since being established in Ireland in the mid-80s, the company has been able to achieve the status of the airline with the most flights across Europe. Amazing, right?

Since it’s headquartered in Dublin, Ireland, most of its flights go from the country to the UK. Other regions in the continent are also catered to. They even allow flights going to Africa! Ryanair seems great, but there are important things to note about this company. See them below.

This may not be the cheapest LCC in Europe, but it’s certainly considered as the best. Since being established in 1993, they’ve been able to include affordable long-haul air travel to as far as Brazil’s Rio de Janeiro in South America.

They’re able to provide affordable weekly travel to many major cities in Europe. Vueling is a reputable company that also offers cheap flights within Spain where it’s headquartered.

This airline began operations in Germany in the early 90s. People in the country will be able to board low-cost flights to various parts of Europe. Although they have branches in some other countries. The company’s headquarters is in Berlin.

It was in the early 2000s that this company was established in Budapest, Hungary. You can be sure that travelers going to major European destinations are catered to. Their routes also link to places like Iceland, Central Asia, Middle East, and UAE.

It’s worthy to note that EasyJet and Ryanair are two airlines which are the most popular when it comes low-cost air travel in Europe. You’ll find both of them in almost all airports in the continent. If not, you’ll at least notice their ads somewhere. What does this mean for the tourist on a budget? It means you’ll be able to get an affordable means of air travel to most countries in the region!